This is a long post and doesn’t get to the details of the race until halfway thru the story. But, this was an adventure I have to write from arrival at Queensland till I crossed that finish line, so I will not forget the memories of a great journey!

On June 2, our group of four left for Cairns via Sydney. All of them (my husband, Nino and Mayan) will be doing the full Ironman, I alone will conquer the 70.3. We decided to arrive earlier, though Australia is just two hours ahead of Philippine time to be able to adjust to the cooler weather and have a good basis on how the course would look like. So, with an itinerary of how our week will be, we started the journey. 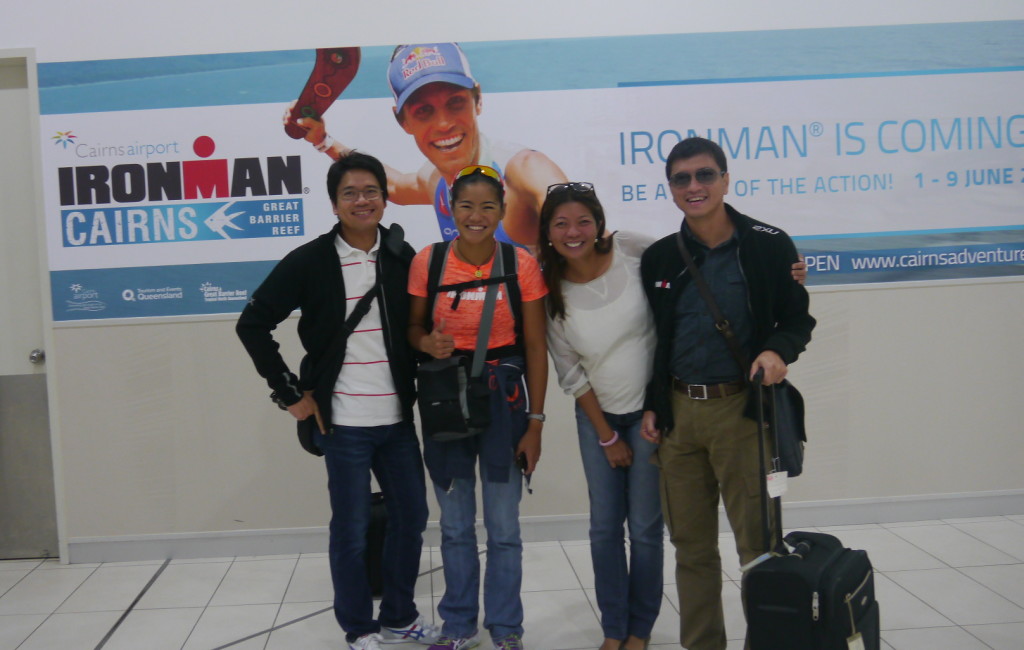 I often thought before the trip that I was going on a vacation, but the welcome banner made me realise I will race in five days! 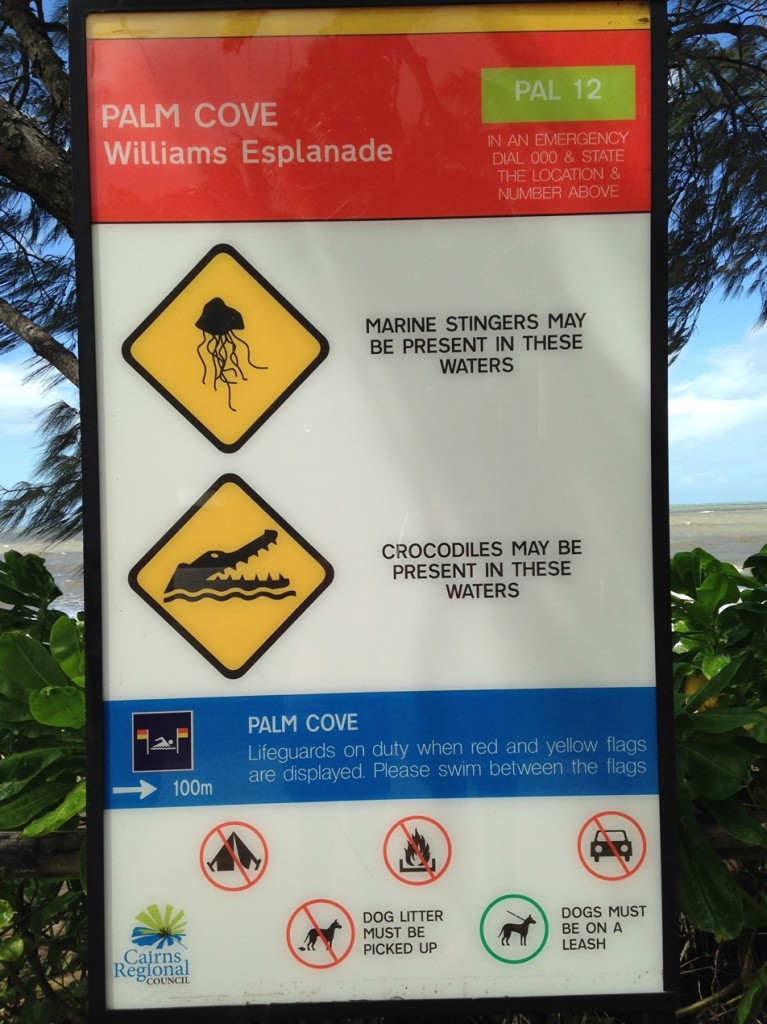 Yes, this is the signage at Palm Cove, where the swim for Cairns Ironman and Cairns 70.3 was held! Terrifying!

According to the athletes guide provided to us prior to the race, the waters of Australia could be infested – one of which is the crocodile. Thus, since we had some swim workouts to do, The Great Barrier Reef was the best place to try on our wetsuits and get used to swimming with it in open water.

The tour took one whole day, unfortunately in very choppy waters which was uncommon according to Scotty, one of the tour’s friendly staff. He also mentioned that if it’s choppy in The Great Barrier Reef, our swim course at Palm cove will be choppy too! That day, the water temperature for practicing our wetsuits was perfect. We snorkeled several times and met a huge tortoise, mean looking barracudas, a vast of coral plantations and some fishes that I’ve never seen before. I got extremely dizzy though on several occasions so please do not do try this prior to a race. One needs time to recover from this type of day tour if you get nausea easily like me. So did I meet Nemo? Oh yes, and I saw Dory too! 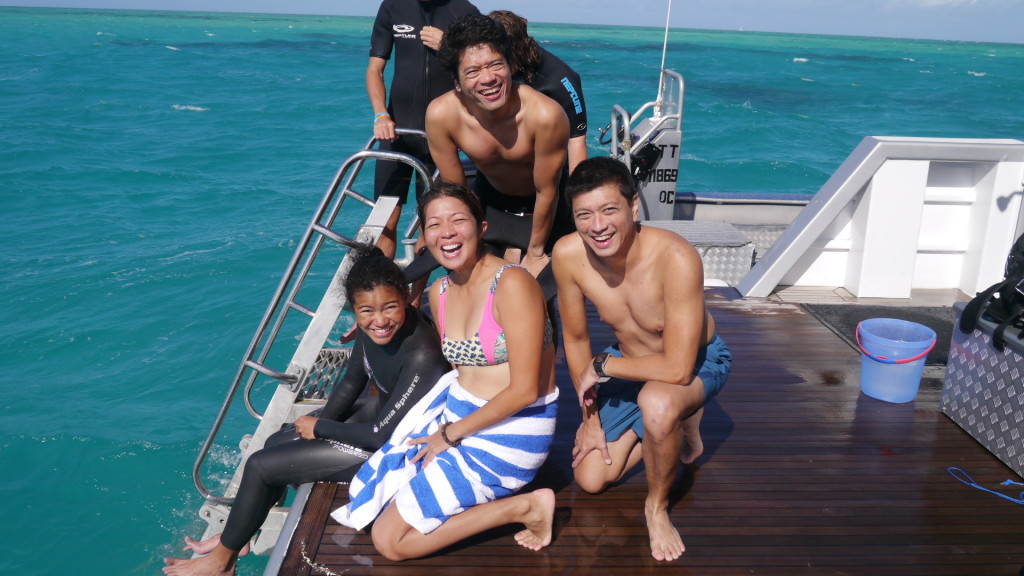 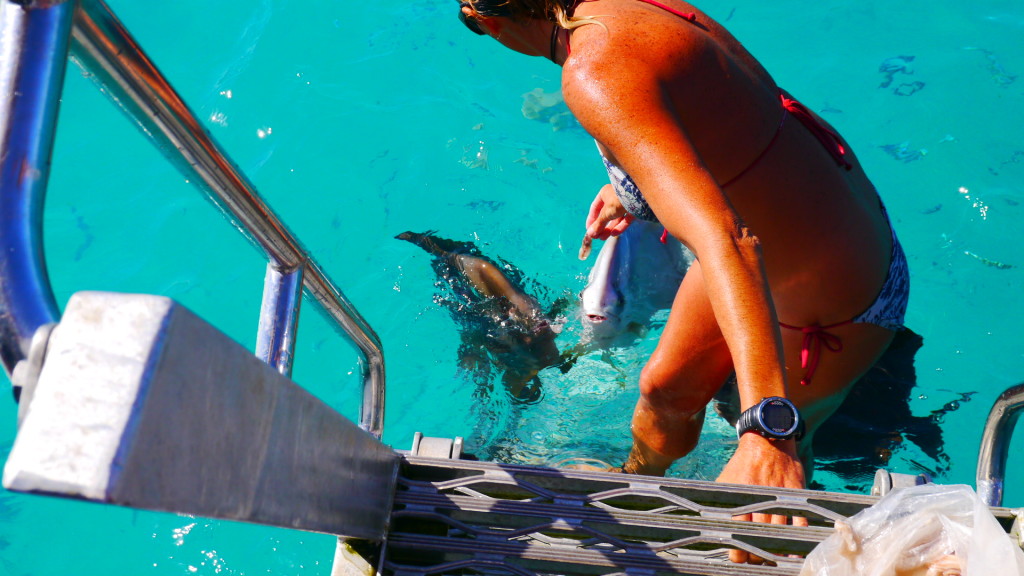 This is Laila, our ships’s Captain, feeding some huge fishes! 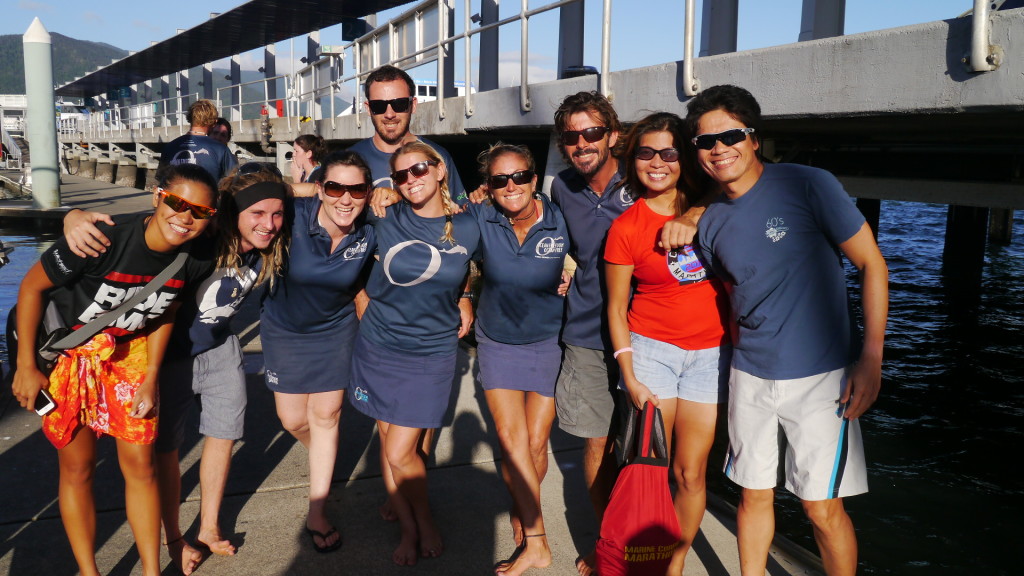 A shot with the Ocean Freedom tour crew

On Thursday we registered and picked up our race kits. We did some biking and running too along the Esplanade, an area in Cairns Central where the T2 and the run course will be. Weather was great except for some strong winds which was forecasted to last until the weekend. 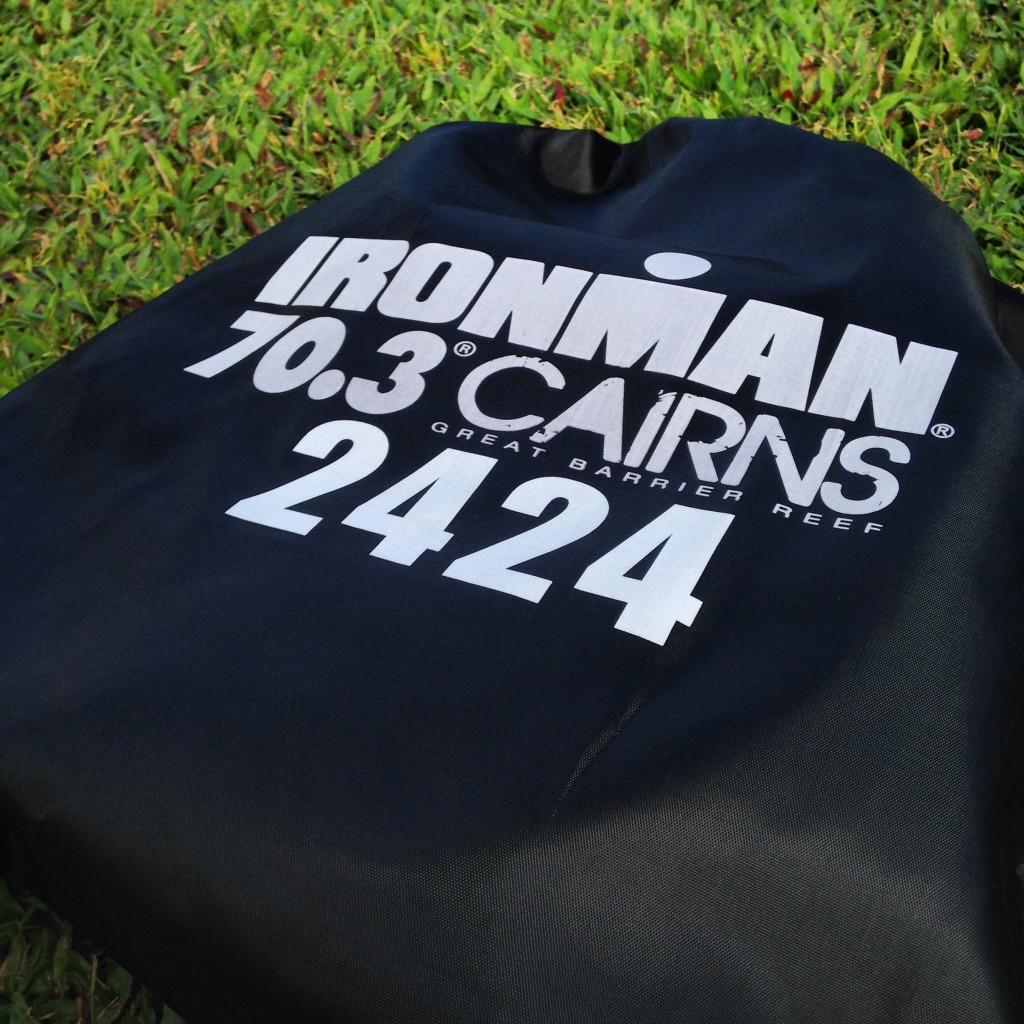 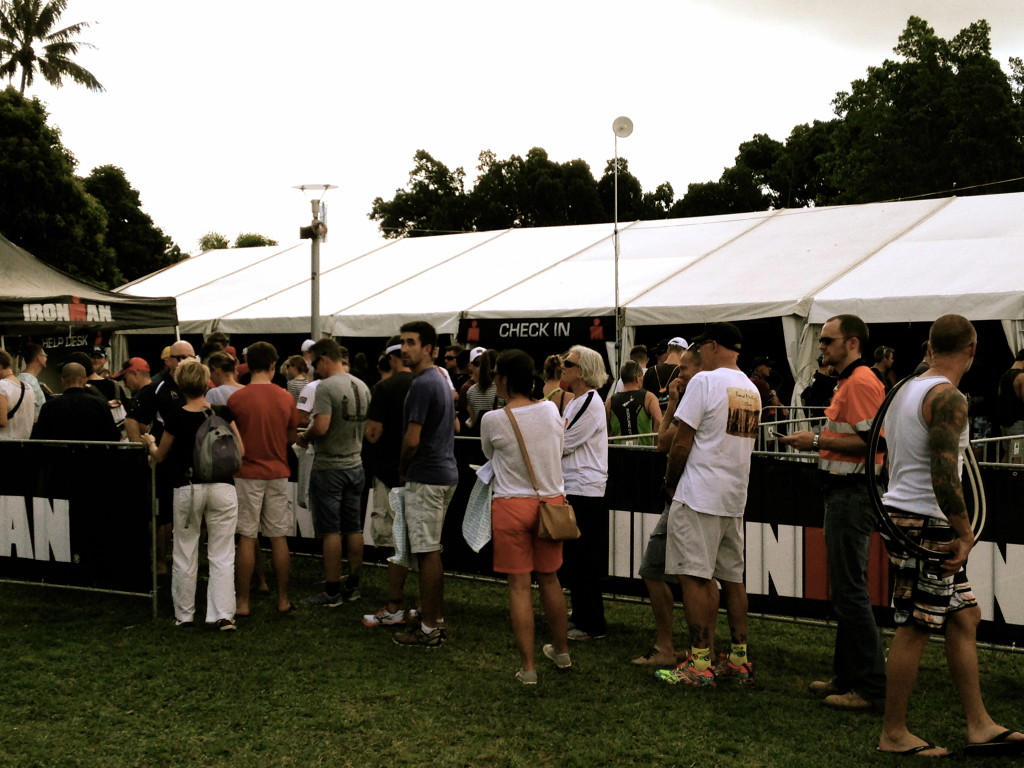 Friday came and as decided, we will check the swim course at Palm Cove and drive till Port Douglas where the turnaround of the bike course for the full IM will be. When we got there, we were very surprised! 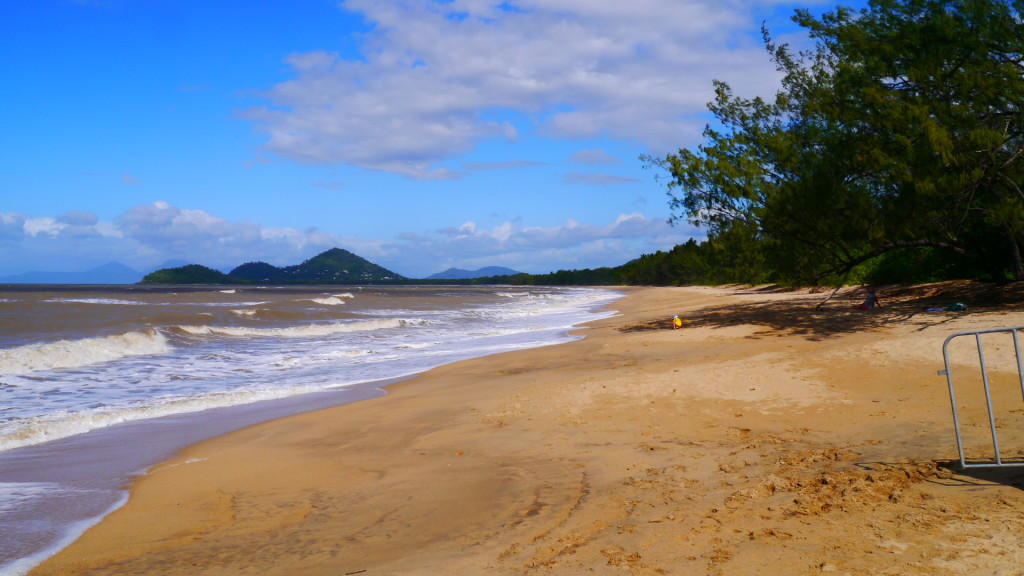 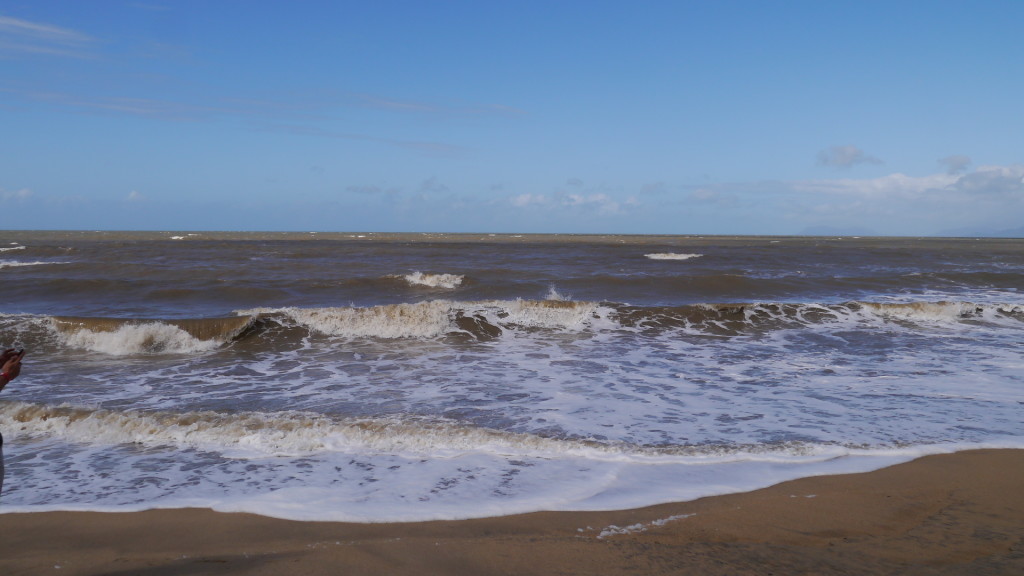 …and another view of the choppy waters!

The turn around for the 70.3 was at Thala Beach, a few kilometers after Rex Lookout, the highest point of the bike course where the view was magnificent! As described on the athletes guide and some past race reviews I read, the bike course was truly undulating and winding. It was comparable to Subic but with with longer climbs. The winding descents were fast but designed to be cyclist friendly. The roads were wide and of great conditions too but could be bumpy on several areas especially near the shore. So, to those who will try next years race, it is wise to rent a car and check the course. Then stop by Port Douglas for some snacks. It was a great stop for a quick meal and some shopping. 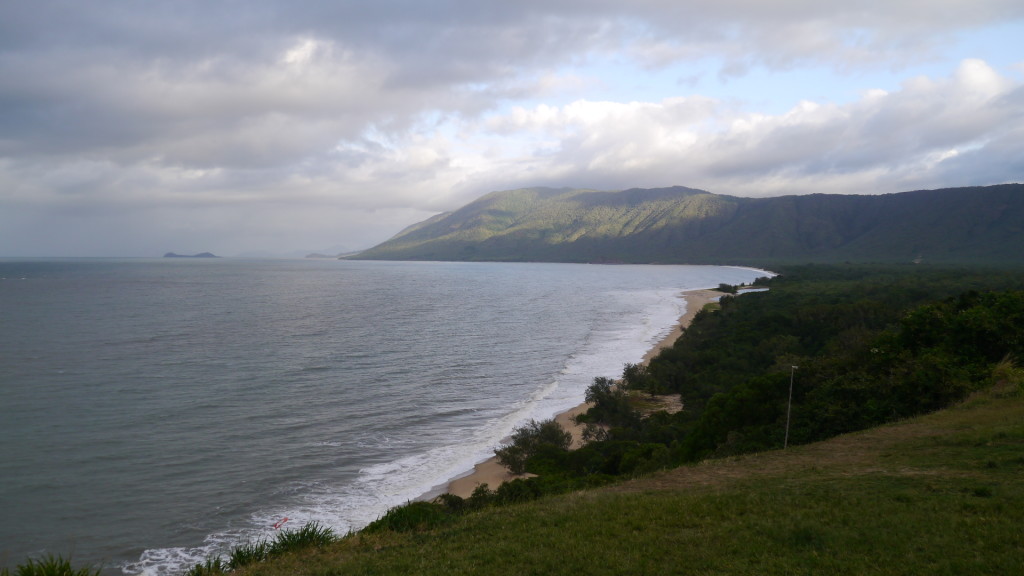 So on to race day…

As predicted by Accuweather, there will be 100% chance of rain during the race! Oh boy! Accuweather was indeed accurate! It was raining when we got up at 3 A.M.! Good thing we had on our wetsuits cause it was extremely cold for one who has been used to hot and sunny Manila!

Swim 1.9k – After a quick bye bye to my husband and Rommel, a Filipino residing in Australia and a participant of Cairns 70.3 too, I braved myself to the swim start.

This is the best way I can describe the swim course – If you are a Filipino triathlete and witnessed the Tri United Matabungkay swim of 2011, the Tri United race in Laiya Batangas in 2013 where the waves were humongous and a lot didn’t dare to do the swim, or the swells of Cobra Ironman 70.3 last year, well those races were nothing compared to Cairns! This was the toughest open water swim I did! To make things worse, there was no rope or small buoys to guide us.  Only big white buoys with the M dot logo guided the participants.  However, the huge waves were white too so it was very difficult to find the buoys! I tried looking behind to see how far I have gone, but the waves blocked my view of the shore.  We are indeed very pampered here in the Philippines, with all the buoys – big and small, lifeguards, scuba divers, festive looking bancas (fishing boats) and kayaks around the swim course.  I remember having to ask several lifeguards how far I had to swim during Cobra 70.3.  In Cairns, there were very few!  In fact I got lost and swam an extra 100 meters but no kayak came to call my attention.  I had to swim back and fight the current! Swim cut off in Cairns was ONLY ONE HOUR (1:10 for Cobra 70.3 2012 and 1:20 last year due to weather conditions).  I did it in 1 hour and 3 minutes! So, I asked the race marshalls if I can proceed with the bike, and I was told – “Go on!” Ironman had a very kind heart that day! 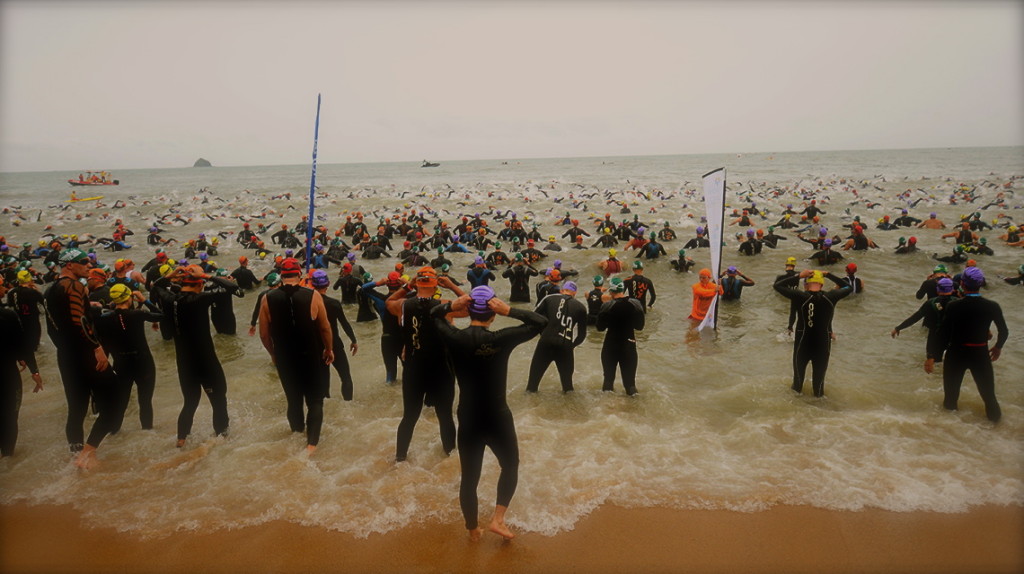 Thanks to triathloncompetitor.com for the swim start photo of Cairns Ironman.
Can you see the big white buoys?

Bike 90 kms. –  Still tired and dizzy from the swim, I managed to carry my bike and shoes out of muddy T1 and mount with grace. I went on with a very slow speed… very very slow! I thought there might be something wrong with my bike but realised it’s not the bike, but the dizzy biker!

Rommel warned us earlier how he doesn’t like biking in Cairns during rainy days. I thought it was because of how slippery the roads become. But according to Rommel, rough and pointed stones protrude on the road surface as the rain cleans the road. Indeed, a lot of participants were unlucky to have gotten flat tires! Here is a photo of how the road looked like. 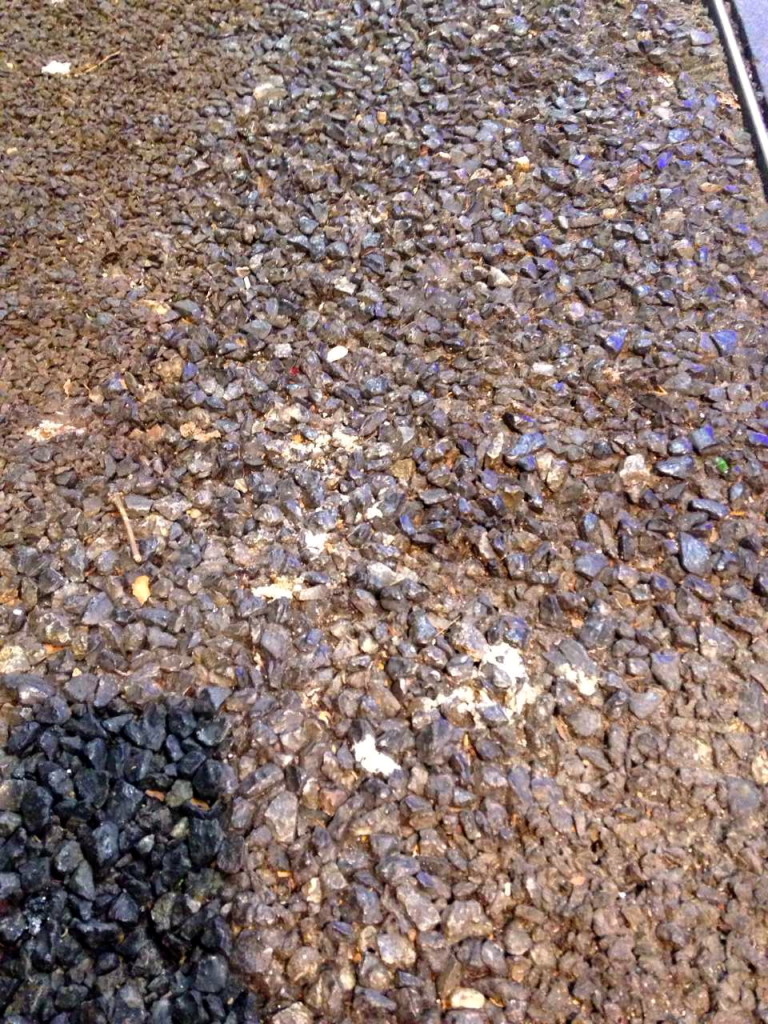 This is how the roads of Cairns were made of!

But other than the unusual road condition, the bike course was still cold as rain continued to pour. I enjoyed every kilometer of the serene ambiance and the views of the ocean from different angles. Well, not everything was good – let me not forget to mention how strong the wind was on the way back!

Run 21.2 kms. – Well, the weather has not changed since the race started. It was still cold and wet and slippery. Though exhausted from the swim and bike and with calves cramping till I reached the 2nd kilometer, the run I can say was most fun. I loved running in that rain! I knew it was cold because the spectators looked like they were freezing while cheering. Even if most of the participants have crossed the finish line while I was still enjoying the rain, the positive words and encouragement of the spectators and co participants gave me the motivation I needed. Nutrition was abundant too, it was more of a nutrition buffet! Oh I must have eaten a kilo of those sweet and juicy watermelons! 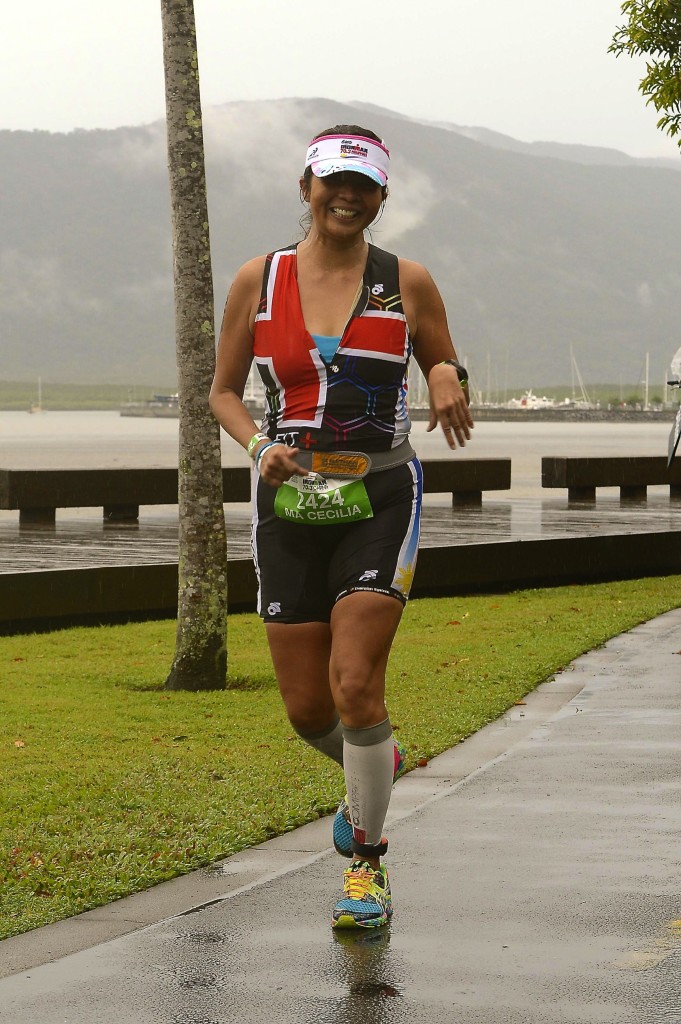 Are the clouds low or was it foggy?

One thing I loved about Cairns 70.3 were the race marshalls who were mostly seniors and ladies that were VERY caring.  Since I had no personal cheerer along the course and no one to meet at the finish line, it was a mixture of emotions when the race ended.  I cried from exhaustion and frustration but this lady marshall hugged me.  Her words were most comforting!

I am proud to have finished my third 70.3, the hardest race I’ve done so far! I may not have beaten my time, but the chance to race and finish a 70.3 six months after my bike accident was another blessing I should be thankful for. 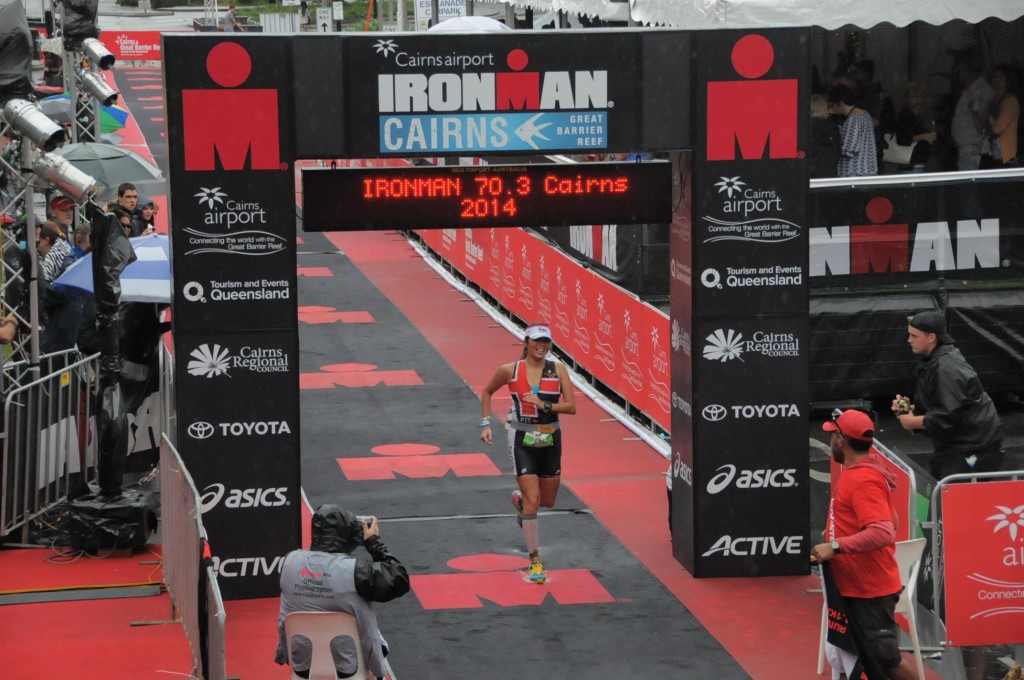 Finally the finish line! That was one tough race!

Pinay Ironmom is a typical mom who wakes up before 6 am to prepare my 3 children for school. After this, I make my husband coffee, similar to the Nescafe commercial on TV of a couple's typical morning. Work is normally a tour of Northern or Southern Luzon to inspect projects we are building, checking quality of designs or preparation of presentations to prospective clients. My schedule is flexible luckily, I can squeeze in hearty lunches with my favorite lunchmate and training early in the afternoon or right after business hours. Weekends are bike days on Saturdays at MOA or Daang Reyna and Sunday is my me time - my long run day. Oh warm ups and stretchings are trips to the grocery, cool down is hearing mass and giving thanks to God for a wonderful week. This is ME :)
View all posts by pinayironmom →
This entry was posted in Family, Race, Run, Travel, Triathlon, Women and tagged Australia, Cairns, Cairns 70.3, Cairns Ironman 70.3, Cobra Ironman 2013, Motivation, Queensland, Race, Running, Swim Bike Run, Triathlon, Women. Bookmark the permalink.