After last weekends Tri United 2 race, our driver packed our bikes in our tow mounted bike carrier. However, my husband noticed that the knobs holdlng the bikes were too tight. Immediately, he asked the driver to loosen these as the carbon frames might crack. True enough when the knob holding my bike was released, the paint has been cracked. So we thought it was only the paint…. 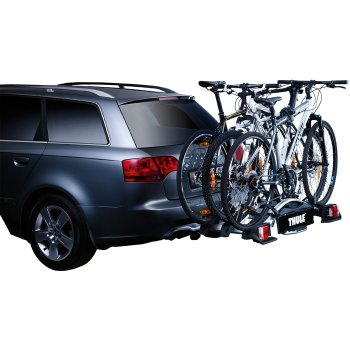 This is a sample of a Thule tow mount bike carrier. Notice the knobs that hold the bike frame? These should not be too tight!

This weekend, I was not able to do our usual Nuvali ride because I had guests the previous night. So instead, I settled for some session on the trainer. After an hour of workout, I had this funny feeling to check my bike. To my surprise, a deep vertical crack has formed! I’ve heard of bikes being split into two and I just thought last nights dinner is a saving grace or I might have had a bike crash! 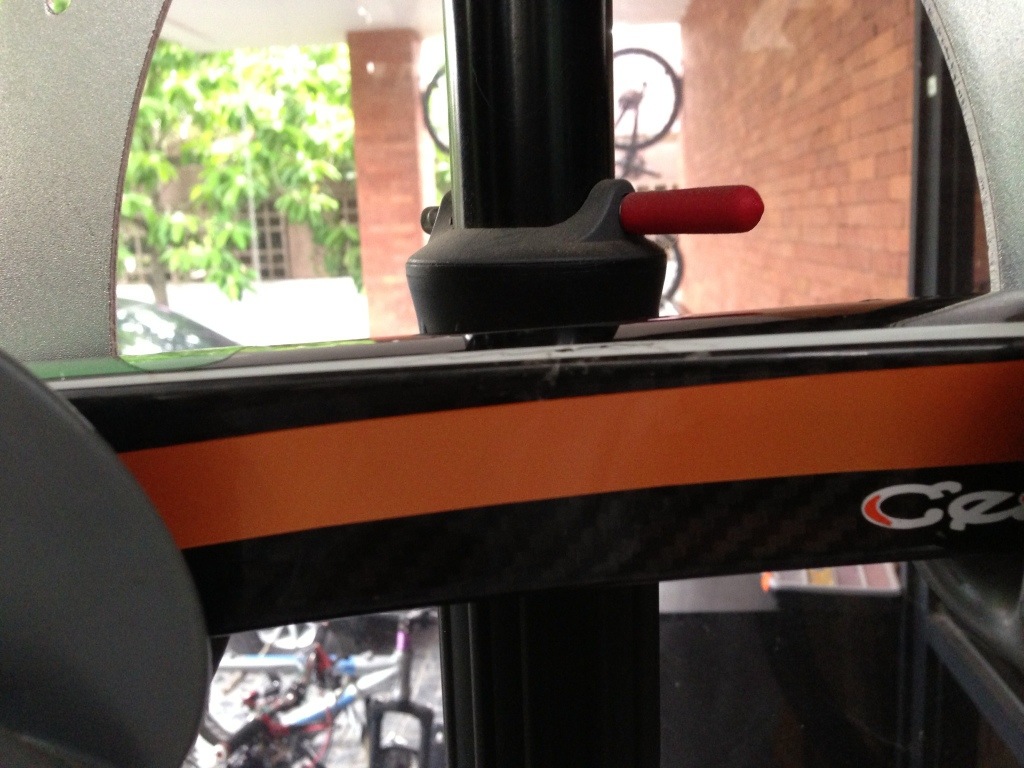 Taken using an iPhone, the vertical crack isn’t as bad as in actual

So immediately, I contacted the Philippine distributor of Orbea, Raul Cuevas of Bikeking who did not reply because I learned later on had a serious bike crash that morning. With my 8 year old in tow, I decided to have it checked at Bikeking instead. One look at it and the mechanic said “Naku ma’am gumagapang na ang crack, hindi na pwede gamitin baka isang lubak lang mahati na yan!” (Ma’am the crack is spreading, I advise not to use it anymore cause if your bike runs over a pothole, the crack might get worse and would possibly split the bike into two!) When I heard this, I felt the store going on circles!

I was so dizzy I thought I would collapse!

and I thought again 3 weeks to Cobra…

Where will I get a bike?

I had to compose myself and controlled my tears from flowing!

Oh my God! Only three weeks till Cobra Ironman 70.3 and I do not have a bike!!! I asked if they have a spare of the same Orca model and size, that I could borrow since that is my only bike! They said Raul uses one personally, but of course, he will not be able to work for a week or so since he was still being diagnosed at that time. His case of course is far worse than a cracked bike! So, I just left my bike there and walked in the rain, my son mumbling stuff I could not understand. I swear para akong “sinakluban ng langit at lupa! (I felt like heaven and Earth crashed on me!) We headed to Fridays to meet the rest of the Fit + training group and my husband.

I did not have appetite though I badly needed a drink! I repeated my story several times, still without an appetite!

Then I thought of Super Mesh who owns the same Orbea Orca, the same size in the same orange color! So, I texted Mesh if she could lend me the fram which she replied to straightaway with “What time tomorow? I can actually drop it off later.” Oh wow that was the fastest rescue! So I asked her to join us at Fridays for the hydration merienda. 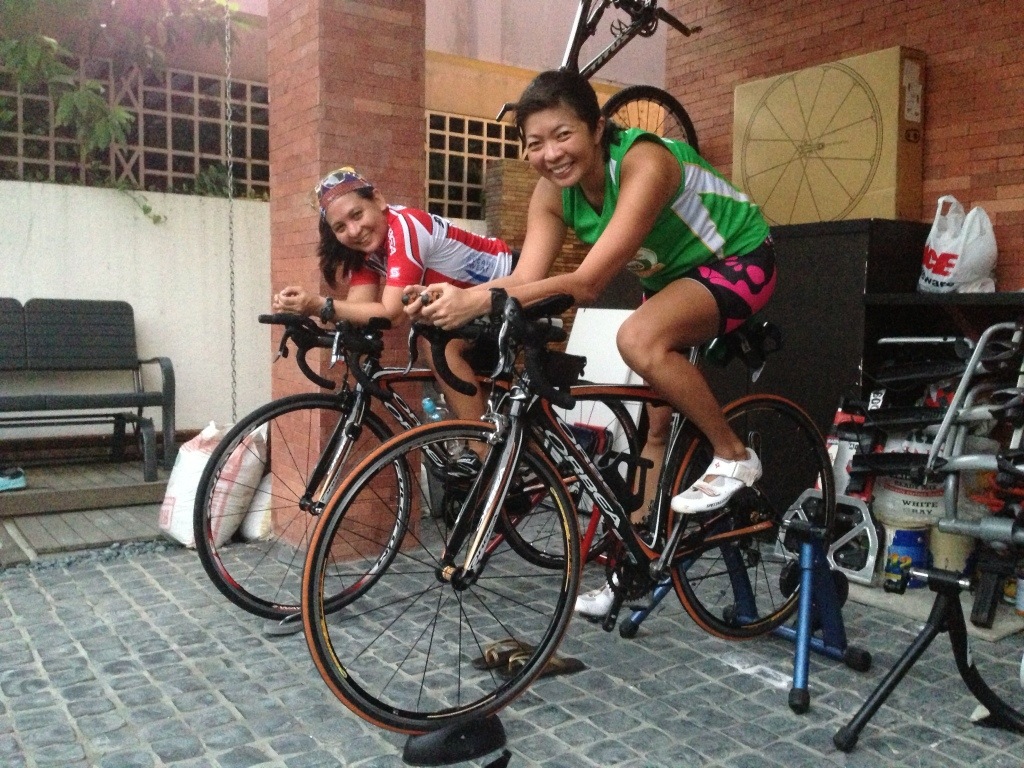 With my friend Mesh and our twin bikes taken early this year during one of the bike sessions.
If only she can lend me her strength and speed as well….

Then I got my appetite back!

Pinay Ironmom is a typical mom who wakes up before 6 am to prepare my 3 children for school. After this, I make my husband coffee, similar to the Nescafe commercial on TV of a couple's typical morning. Work is normally a tour of Northern or Southern Luzon to inspect projects we are building, checking quality of designs or preparation of presentations to prospective clients. My schedule is flexible luckily, I can squeeze in hearty lunches with my favorite lunchmate and training early in the afternoon or right after business hours. Weekends are bike days on Saturdays at MOA or Daang Reyna and Sunday is my me time - my long run day. Oh warm ups and stretchings are trips to the grocery, cool down is hearing mass and giving thanks to God for a wonderful week. This is ME :)
View all posts by pinayironmom →
This entry was posted in Race, Training, Triathlon, Women and tagged Cebu, Cobra Ironman 2013, Cobra Ironman 70.3, Ironman, Ironman Cebu, Ironman Philippines, Motivation, Orbea, Orbea Orca, Orca, Race, Run, Running, Swim, Swim Bike Run, Training, Triathlon, Women. Bookmark the permalink.