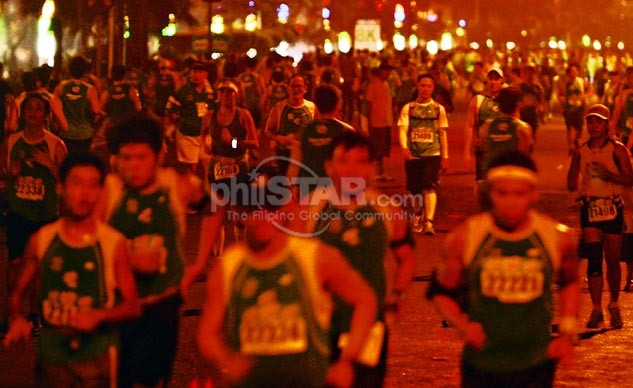 Part of our training program was to run the 35th Milo Marathon Finals last December. I registered for 21k and realized afterwards that there was a 2:30 cutoff! Oh no! My best 21k was a 2:35 in Chicago 13.1 June of this year. Chicago 13.1 was hard because of the humidity and erratic weather (but I’ll tell more later probably) so Milo could be easier? Hmmmm….

Since December is the peak season at work, training for a 21k had been erratic. I missed 6 out of 12 training days with our “coached days” in November, and worse was I missed the make up sessions as well 🙁 I made sure though that I did my long runs every weekend but I knew these were not enough.

Nutrition wasn’t enough too the whole two weeks before Milo, as I fed mostly on KFC and Jollibee or whatever available food there was at the jobsite. Carinderia (street food) was the healthiest option on several days! Furthermore, I missed meals and ended up with hyperacidity during the race week. But, I did hydrate myself days before the big day with Propel, Gatorade and Accelerade which added up to the building acid in my stomach, ouch! Mucosta (medicined for ulcer) came to the rescue!

But, I have been an obedient student and followed the advise of our coach on dividing the distance in 4 phases with varied paces. I started slow and increased the pace gradually.

Based on my Garmin, I reached the 21st kilometer in 2:29 something BUT it wasn’t 21k only!! Oh no! I panicked when I couldn’t see the finish line as there were only a few seconds left to the cut off time! So I sped up and finished 2:30 + a few seconds at an average pace of 7:04 mins/km! I was given the finishers medal and a bag of Milo goodies. Later on those who crossed the finish line were only given the goodie bag.

It was one fun race!! See you Milo next year!

Pinay Ironmom is a typical mom who wakes up before 6 am to prepare my 3 children for school. After this, I make my husband coffee, similar to the Nescafe commercial on TV of a couple's typical morning. Work is normally a tour of Northern or Southern Luzon to inspect projects we are building, checking quality of designs or preparation of presentations to prospective clients. My schedule is flexible luckily, I can squeeze in hearty lunches with my favorite lunchmate and training early in the afternoon or right after business hours. Weekends are bike days on Saturdays at MOA or Daang Reyna and Sunday is my me time - my long run day. Oh warm ups and stretchings are trips to the grocery, cool down is hearing mass and giving thanks to God for a wonderful week. This is ME :)
View all posts by pinayironmom →
This entry was posted in Motivation, Race, Run, Training, Women and tagged 13.1, 21k, Garmin 910xt, Half Marathon, Milk Marathon, Milo, Run, Running, Women. Bookmark the permalink.